In celebration, we are giving you the rundown on comp titles and including a list of ten titles we would love to see in the queries that hit our inbox. If your novel has hints of any of these titles—send it our way! (And even if it doesn’t, you can still query us! We often don’t know what we want until we see it.)

What is a Comp Title?

“Comp” is short for “comparative.” These are published works, which have some similarities to your novel, that you mention in your query letter. They’re often written as “if you like X, you might like my book,” or “My book is X meets Y,” or “It’s X, but with zombies.”

The purpose of a comp title is to give the agent/editor a taste of the theme or tone of your book by referencing a similar story. It also demonstrates that you understand your book’s genre and age category. Comp titles can be powerful selling tools, nabbing an agent’s, editor’s, or bookseller’s attention with a few words.

Comp titles are subjective. You don’t have to include them in your query (unless it’s specified in the guidelines). Some agents/editors don’t care about them, some love them. Personally, I like comp titles, as long as they’re accurate, because they give me a quick idea of the theme and tone of your novel. Plus, I get excited about a story if it’s reminiscent of a franchise I love.

How to Pick the Perfect Comp Title

Comp titles are more effective if you focus on the tone or theme of the title you’re comparing your book to rather than the plot. And if you use a famous book, your novel better hit all the notes that fans of that book are looking for. For example, if your story is about a kid at a wizarding school, you shouldn’t comp Harry Potter unless your story is also about a lonely character meeting friends for the first time, entering a battle of good vs. evil where not everything is as black and white as it seems, rebelling against rules, learning the meaning of sacrifice and friendship, etc.

I’d recommend staying away from the ultra popular books altogether because they’re overused and editors see them all the time. I can’t type “no, thank you” fast enough when a querying writer tells me that their book will be just as popular as The Hunger Games. Other titles I see far too often are Stranger Things, The Lord of the Rings, Game of Thrones, and Twilight.

If you are using two or more titles, I recommend that at least one of them is a book that has been published within the last five years. SFF doesn’t look anything like it did 20 years ago, so it’s nice that you read current books in your genre. The other title could be a classic novel or even a TV show or a video game.

Successful Examples and Why They Work 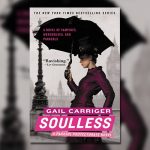 “If the author Jane Austen were to have written a vampire novel during her lifetime, SOULLESS would have been it.”

Carriger demonstrates the use of generic comp titles in her query letter. She compares Soulless to Jane Austen and vampire novels. This works because Jane Austen’s books are romantic stories filled with rules of etiquette, women navigating high society, and spinsters finding love—all elements in Carriger’s story. And while she could have comped a specific vampire novel, there really isn’t a need to in this case; doing so would just muddy the waters. 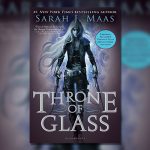 “What if Cinderella went to the ball not to win the heart of the prince, but to kill him?”

Maas only uses one classic comp title—Cinderella—but does so evocatively. Instead of just writing, “This is a retelling of Cinderella,” she teases you with a question. “What if” questions are often done poorly, but this one make you want to keep reading because it’s an interesting angle. 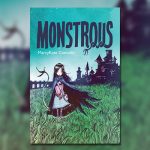 “MONSTROUS… is Frankenstein meets the Brothers Grimm told from the viewpoint of the monster as a teenage girl.”

Frankenstein by Mary Shelly is about the creation of a monster, a man’s regrets in doing so, and themes of alienation. Brothers Grimm stories are dark fairy tales that often don’t end happily. This book is a mix of those themes with a protagonist who aches to be human. 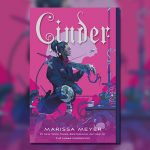 “[A] futuristic young adult novel and a re-envisioning of the classic Cinderella story. I’m submitting to you because Scott Westerfeld’s Uglies series was hugely inspirational in the writing of this novel.”

Meyer comps something classic (Cinderella) with something more recent (Uglies by Scott Westerfield). This is especially meaningful because the agent she queried, Jill Grinberg, represented the Uglies series. So this note is doing double duty—it’s pointing to a meaningful comp and making a personal connection with the agent. Ugles is an accurate comp, not for the plot but for the themes of beauty, conformity, science, and friendship. 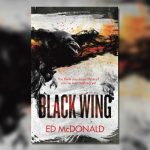 “[It] would find a principal audience among fans of ‘grimdark’ fiction such as Daniel Polansky’s Low Town series, Scott Lynch’s The Lies of Locke Lamora or Joe Abercrombie’s First Law trilogy.”

Low Town is about corrupt officials, dirty politics, and sorcery; The Lies of Locke Lamora is about an orphaned thief who becomes famous in the underworld; The Blade Itself is about murderous conspiracies, wars, and intrigue between exceptional characters. They all feature grim anti-heroes who do what they need to to survive. Blackwing‘s tone and plot is similar to these. 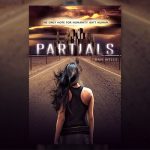 “We marketed that as this is The Stand meets Battlestar Galactica starring Hermione Granger.”

Listen to the discussion of comp titles on Writing Excuses.

Like Dan mentions in the above podcast episode, this comparison adds a third element to throw in a twist. By referencing just a piece of Harry Potter, the character of Hermione, along with the other two franchises, this pitch gives you a taste of what this story will be like and who the main character is without implying this book will appeal to all fans of Harry Potter.

10 Comp Titles to Blow Our Socks Off

Not many writers would make a sarcastic old woman the hero of her story, but Diana Wynne Jones did it with one of my favourite novels of all time. So many fantasy novels have giant, world-ending stakes in which the action never lets up. I’d love to work on a quiet, quirky book like Howl’s Moving Castle, in which the world won’t necessarily end if the character messes up, but she learns something new about herself. Throw in a snarky fire-demon sidekick and I’m hooked.

2. The Hitchhiker’s Guide to the Galaxy by Douglas Adams

The story doesn’t have to involve planets going boom to make space for hyper-spatial highways or restaurants at the end of universes, but I’d like to see a novel written in a voice like Douglas Adams’. Anecdotal, sarcastic, omniscient narrators are tough to get right, but they are delightful when you do.

Like every flan, I love this TV show. I’ve seen it used as a comp title before. In fact, it’s one of the titles that gets overused, but I’ve never seen it used accurately. Just because your novel is a space opera, or it has a badass female with telepathic powers, or it’s about space travel, does not mean you should slap Firefly on it as a comp title. The heart of Firefly is the themes of loyalty and rebellion, the sarcastic, tongue-in-cheek humour, the quippy dialogue, and, most importantly, the relationships between the tight-knit cast of characters. These things need to be the heart of your novel, too, if you list Firefly as a comp.

4. The Martian by Andy Weir

Give me scientifically accurate survival stories in which the protagonist battles loneliness, plus sarcasm. (Are you sensing a theme here? Yes, sarcasm is my love language.)

5. The Priory of the Orange Tree by Samantha Shannon

I would love to work on an epic fantasy with three-dimensional female characters, queer relationships, feminist themes, and dragons. Yum.

6. The Legend of Zelda

What I adore about this video game series is the colourful worlds, the fantastical monsters, the puzzles, and the themes of self-sacrifice. I could see a wonderful middle-grade story making use of these elements. I also wouldn’t say no to a mute protagonist.

7. Sense and Sensibility by Jane Austen

I’d enjoy seeing some of the themes from a Jane Austen novel (like Sense and Sensibility, my favourite) pulled into a sci-fi or fantasy romance. Throw in some elements from another sub-genre, like a heist novel, and you’ve got my attention. (Sense and Sensibility X Six of Crows? Yes, please.)

8. Spin the Dawn by Elisabeth Lim

Speaking of comp titles, Spin the Dawn is described as “Project Runway meets Mulan,” which is a perfect comparison. I’m getting tired of the “girl disguises as boy to be a soldier” trope, but this is “girl disguises as boy to enter sewing contest.” What I love most about this book is the unique magic system, the competition (I love a good contest!), the perseverance of the main character, and the Chinese cultural elements.

Celeste is a video game about a girl climbing a mountain because she struggles with intense anxiety, and the fantastical elements she comes across in her journey (including facing a dark version of herself) while she learns about herself. I’d love to see a story that tackles loneliness and anxiety while the main character is on a magical journey.

10. A Curse so Dark and Lonely by Brigid Kemmerer

If you’re a writer, what are the comp titles of the book you’re working on? If you’re a reader, what comp titles would you love to see in a SFF novel?