12 Books to Gift Your Friends for Christmas

Books make the best Christmas presents. They’re easy to buy and sure to please your voracious-reader friends. But which books should you get (or add to your own Christmas list), you ask? We’re here to help with some ideas of recent publications. 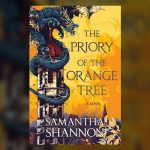 The Priory of the Orange Tree by Samantha Shannon
Paperback C$15.36

“An enthralling, epic fantasy about a world on the brink of war with dragons – and the women who must lead the fight to save it.

A world divided. A queendom without an heir. An ancient enemy awakens.

The House of Berethnet has ruled Inys for a thousand years. Still unwed, Queen Sabran the Ninth must conceive a daughter to protect her realm from destruction – but assassins are getting closer to her door.”

This book is giant (it’s epic fantasy, after all), but it’s also a standalone, which makes it an excellent gift. It was my favourite epic fantasy read of the decade, featuring LGBTQ+ representation, gorgeous prose, and stunning worldbuilding. 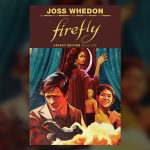 “The Serenity rides again, in these official sequels to the critically acclaimed show Firefly, collected for the first time under one cover! Buried histories and secret identities are revealed, along with all the heist-takin’, authority-dodgin’, death-defyin’ space-cowboyin’ you’ve been missing from your life, as this ragtag crew of mercenaries, outlaws, and fugitives travel the stars in search of their next adventure.”

The beloved TV show Firefly has continued as graphic novels, and they are all collected together in the Legacy Editions, Book One and Two. The above link is for Book One, but Book Two is also available. 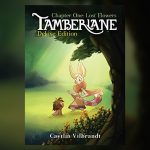 “One day, the citizens of Treehollow discovered a small, strange creature wandering alone in Rattleglen Forest. Clearly much too young to be on her own, and with limited verbal communication skills (though she gets by with a little sign language), it’s anyone’s guess how this mysterious being, named Tamberlane, ended up in their care.

Fostered by Belfry, the accident-prone bat with a heart of gold, and guided by a colorful cast of animal characters, Tamberlane’s mysteries continue to unfold. But one question remains on everyone’s mind: who (or more specifically, what) is she?”

Of interest to both children and adults, this comic is adorable and heart-warming. There are three graphic novels you can purchase so far (Chapters 1-3 of the story). 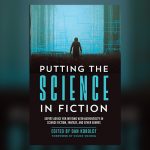 Putting the Science in Fiction: Expert Advice for Writing with Authenticity in Science Fiction, Fantasy, and Other Genres edited by Dan Koboldt
Paperback C$21.99

“Science and technology have starring roles in a wide range of genres–science fiction, fantasy, thriller, mystery, and more. Unfortunately, many depictions of technical subjects in literature, film, and television are pure fiction. A basic understanding of biology, physics, engineering, and medicine will help you create more realistic stories that satisfy discerning readers.”

Dan Koboldt is known for his blog on scientific concepts and facts that are misunderstood. He gets help from experts to provide information on all sorts of useful topics for sci-fi and fantasy writers, and this book is a compilation of some of those topics. 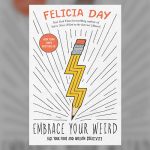 “In Embrace Your Weird, New York Times bestselling author, producer, actress, TV writer, and award-winning web series creator, Felicia Day, takes you on a journey to find, rekindle, or expand your creative passions. Including Felicia’s personal stories and hard-won wisdom, Embrace Your Weird offers: –Entertaining and revelatory exercises that empower you to be fearless, so you can rediscover the things that bring you joy, and crack your imagination wide open…”

Felicia Day’s first book was entertaining and hilarious, and this, her second, is a great present for your nerdy friends. Get in on audiobook to hear Felicia Day narrate it herself. 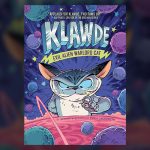 “Klawde had everything. Sharp claws. Fine fur. And, being the High Commander of the planet Lyttyrboks, an entire world of warlike cats at his command. But when he is stripped of his feline throne, he is sentenced to the worst possible punishment: exile to a small planet in a quiet corner of the universe – named Earth.”

I’ve only read page samples from this but it had my attention at “Evil Alien Warlord Cat.” There are three books in the series so far.

7. For YA Fantasy Readers 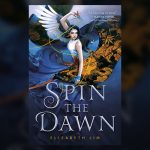 “Project Runway meets Mulan in this sweeping YA fantasy about a young girl who poses as a boy to compete for the role of imperial tailor and embarks on an impossible journey to sew three magic dresses, from the sun, the moon, and the stars.” 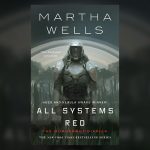 “The main character is a deadly security droid that has bucked its restrictive programming and is balanced between contemplative self discovery and an idle instinct to kill all humans. In a corporate dominated space faring future, planetary missions must be approved and supplied by the Company. Exploratory teams are accompanied by Company supplied security androids, for their own safety. But in a society where contracts are awarded to the lowest bidder, safety isn’t a primary concern. On a distant planet, a team of scientists are conducting surface tests, shadowed by their Company-supplied ‘droid – a self aware SecUnit that has hacked its own governor module, and refers to itself (though never out loud) as ‘Murderbot.'”

If you love sci-fi but don’t have a ton of time to read, this is a great option because it’s a novella. This is the first book in the Murderbot Diaries series, which has four books and a fifth expected in 2020. 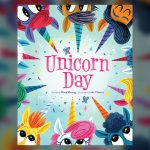 “The most important rule of Unicorn Day is to have fun, fun, fun!

The unicorns are celebrating their favorite day of the year, complete with rainbows, cupcakes, butterflies, and all sorts of joyful things. But when it’s revealed there’s an impostor in their midst, the party comes to a screeching halt…

Will the unicorns welcome all and continue their fun in all its glittery glory?”

I mean… unicorns. What more needs to be said?

10. For Fans of Fairy Tale Retellings 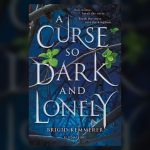 A Curse so Dark and Lonely by Brigid Kemmerer
Paperback C$13.50

“Prince Rhen, the heir to Emberfall, is cursed. Forced to repeat the autumn of his eighteenth year over and over, he can only be freed by love. But at the end of each autumn he is transformed into a beast hell-bent on destruction, and after so many failed attempts, his kingdom and its people are barely holding on.

Harper’s life has never been easy, but she’s learned to be tough enough to survive. She won’t let anything hold her back, not her cerebral palsy or her mother’s deteriorating health. But when she is sucked into Rhen’s world, nothing is as it seems. Powerful forces are standing against Emberfalll … and it will take more than a broken curse to save it from utter ruin.”

I keep seeing this book everywhere and people raving about it, so if you have a friend who loves YA and fairy tales, this is probably a good pick. 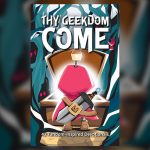 “Do you dream of dragons, understand Klingon, or consider Pocky your favourite snack? Do you wish there was a book that mashed your faith and fandom together? Delving into the worlds of superheroes, science fiction, anime, fantasy, and video games, Thy Geekdom Come–written by a group of authors and pastors from a variety of Christian backgrounds–relates these tales to an almighty, loving God who is ever present in our beloved franchises. From Doctor Who to The Lord of the Rings, stories impact our lives and can point the way to what is holy if we dare to look.”

I am, of course, biased because I edited this, but if you have Christian, nerdy friends, this is a book they will have never seen the likes of before. Also available in large print. 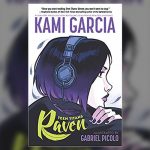 “When a tragic accident takes the life of 17-year-old Raven Roth’s foster mom–and Raven’s memory–she moves to New Orleans to recover and finish her senior year of high school. Starting over isn’t easy. Raven remembers everyday stuff like how to solve math equations and make pasta, but she can’t remember her favorite song or who she was before the accident. And when impossible things start happening, Raven begins to think it might even be better not to know who she was before. But as she grows closer to her new friends, her foster sister, Max, and Tommy Torres, a guy who accepts her for who she is now, Raven has to decide if she’s ready to face what’s buried in the past…and the darkness building inside her.”

Raven is the best Teen Titan, so… this one’s a no-brainer. This is a Publishers Weekly bestseller and the art is awesome.