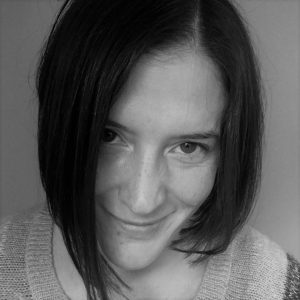 Krakens, beware! There’s a new pirate on board our ship. Mythos & Ink is beyond excited to announce we’ve signed Shelly Campbell for her fantasy novel, The Marked Son. Huge welcome to Shelly.

Read more about the book and Shelly in the Q&A with her below, and stay tuned for information on the release date and cover reveal!

What’s The Marked Son about?

Way to start with the hardest question! Authors struggle with this one, don’t we? Give me a few hundred thousand words and I can tell you all about this story. Fortunately, I’ve also been practicing my elevator pitch. The book is about Akrist, a firstborn boy who’s about to be sacrificed by his tribe to appease their goddess and her dragons.

What inspired you to write it?

The inspiration for The Marked Son stemmed from a fascination with ancient civilizations and what drove some of their more enduring practices. What motivated the Aztecs to believe that the sun would snuff out if they didn’t feed their gods a human sacrifice when certain stars aligned? How did the Kapu system decide that bananas were forbidden for ancient Hawaiian women to eat? Why do many cultures still prefer sons over daughters? Where are the similarities and differences in our creation stories, and how do these core narratives shape who we are as a societies? I wanted to explore how harsh climates and declining populations could push people to the edge of their beliefs and beyond.

Since there’s evidence of dragons in so many of Earth’s old tales, I made them real and central to the religion of this complex, Stone Age world. By the time our main character, Akrist, is born, this religion has been broken for some time. The goddess Nasheira rarely chooses leaders among her people anymore. The dragon population is declining. They don’t guide faithful followers to hunting grounds as they once did.

The book is about Akrist, a firstborn boy who’s about to be sacrificed by his tribe to appease their goddess and her dragons.

Shaped by their creation story, the people inhabiting this world believe their eldest sons inherit all their sins. Akrist is a firstborn son, the ultimate pariah of his society in a time of impending doom.

Overall, I hoped this story would highlight humanity, the good and bad of it, this common thread that ties us all together, whether we live on a modern Earth, or a vast stone-age world where dragons still soar in the skies.

What was your favourite (spoiler free) scene to write in the book?

Well darn, my favourite scenes are all spoilers. One fairly innocent one comes to mind though. It’s when Akrist’s love interest first shows him kindness and he has absolutely no idea how to react to it. The poor man is so used to being scorned and betrayed. It was a treat to finally give him a few moments of kindness after putting him through the proverbial wringer for most of the book. It felt like I’d owed him that scene.

Tell us a bit about you!

At a young age, I wanted to be an air show pilot or a pirate, possibly a dragon and definitely a writer and artist. I’ve piloted a Cessna 172 through spins and stalls, and sailed up the east coast on a tall ship barque—mostly without projectile vomiting. In the end, I’ve found writing speculative fiction and drawing dragons to be so much easier on the stomach.

I grew up in Sundre, Alberta, nestled against the Rocky Mountains, and surrounded by a big, wonderful extended family. I’ve been lucky to have a great career in the oilfield as a plant operator, and I haven’t strayed far from that beautiful Alberta terrain and all those beautiful people. Cochrane, Alberta, is currently home, and I love exploring it with my wonderful hubby and two sweet boys.

Why did you decide to become an author?

My head’s been swimming with stories for as long as I can remember, you know the type. I decided to become an author because I’ve put so many years into some of these tales—let’s not talk about how many years exactly— and after all the work, I thought some of these manuscripts deserved more than a disorganized folder on my personal computer. These stories stuck with me, so perhaps there are readers out there who might get excited about them too. Fingers crossed.

Do dinosaurs count as a fandom? I mean, technically, every four-year-old kid out there is with me on this, right? And it’s got to be one of the oldest fandoms out there. I also enjoy Star Wars, the Marvel Universe, Harry Potter, and the Hunger Games, not all in the same room though. That’d be crowded and messy.

What do you do for fun?

I’m not into flying airplanes or sailing on tall ships anymore—let’s be honest; my stomach never was into those things. Now, I garden, and ferry boys and hockey bags where they need to go. I write, and when the words don’t flow, I draw or paint. You can check out what I’m working on at www.shellycampbellauthorandart.com.

Dragons. No contest there. Hang on. I could possibly be swayed by robotic dragons, jet-powered ones.