You may have heard the term archetype before. Archetypes are easily recognizable recurring patters that appear in art forms across genres and mediums.

The “Writing 101: The 12 Literary Archetypes” Masterclass explains archetypes this way:

“An archetype is an emotion, character type, or event that is notably recurrent across the human experience. In the arts, an archetype creates an immediate sense of familiarity, allowing an audience member to relate to an event or character without having to necessarily ponder why they relate. Thanks to our instincts and life experiences, we’re able to recognize archetypes without any need for explanation.”

Character archetypes are broad categories into which most characters can fit. Character archetypes feel familiar because they share similar traits, motivations, and failings. Think of the most common archetype, the Hero. Luke Skywalker and Harry Potter both fall into this archetype. Though they have different in personalities, they share similar qualities: they are both courageous, honourable, and persistent.

When creating characters, it can be helpful to think of archetypes as building blocks; each archetype fills a role in the narrative. Archetypes can help you figure out your characters’ motivations and fears, as well as their basic qualities. Then you can begin to map out their personalities and develop them more fully.

In this series, I’ll be exploring six archetype pairings. I’ll be looking at what makes the characters interesting on their own, as well as why they work well together as a pair.

I’m starting with the Jester and the Everyperson.

“I’m sick of this crap. I’m sick of being the guy who eats insects and gets the funny syphilis. As of this moment, it’s over. I’m finished being everybody’s butt monkey.”

The Jester is the comic relief character. This is the character who makes jokes, plays tricks, and provides a break from the tension. But, more importantly, this character also provides insight and speaks truths that other characters sometimes can’t.

Shakespeare famously included complex jesters in his plays, like Puck from A Midsummer Night’s Dream, Feste from Twelfth Night, and the Fool from King Lear. These characters introduce important themes, comment on events, and speak truth to the other characters, as well as the audience. They themselves are not fooled, but keep their eyes open. For example, King Lear‘s Fool sees Lear’s downfall before he does. 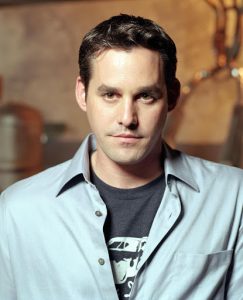 Xander Harris is the Jester of Buffy the Vampire Slayer. He makes jokes. He gets knocked out by vampires and demons. He doesn’t do well in school and struggles to find his path in life. But, his character grows throughout the series. He eventually finds a career in construction work, and he’s there for every fight Buffy faces. He provides unfailing support for his super-powered friends, and he tells them when they’re making mistakes.

One of his most significant moments comes at the end of Season Six, when Willow, grieving the loss of her girlfriend, Tara, becomes overwhelmed with dark magicks and decides to end the world. Xander plants himself in front of Willow and makes this speech:

“I know you’re in pain. I can’t imagine the pain you’re in. And I know you’re about to do something apocalyptically evil and stupid, and, hey, I still wanna hang. You’re Willow…. The first day of kindergarten, you cried because you broke the yellow crayon and you were too afraid to tell anyone. You’ve come pretty far. Ending the world, not a terrific notion… But the thing is… yeah, I love you. I love crayon-breaky Willow and I love scary-veiny Willow. So if I’m goin’ out, it’s here. If you wanna kill the world… well, then start with me. I’ve earned that.”

In this moment, Xander is the only one who’s able to get through to Willow because of their long-standing friendship. Though he adds humour to his speech, the gravity of his message comes through: he’s going to stick with Willow until the end.

“I mean, I for one didn’t want to start my day with a slaughter. Which really goes to show how much I’ve grown!”

The Everyperson (also known as the “Everyman”) is often a stand-in for readers; we can easily picture ourselves taking their place in the narrative because we recognize ourselves in them. These characters often don’t have superpowers or special skills.

Bilbo Baggins is one great example of the Everyperson archetype. He doesn’t have any superpowers, and he isn’t great with weapons. He’d rather sit at home with a cup of tea. When he finally goes on an adventure, he often feels lost and out of his depth. When we watch him struggle, we understand how he feels. 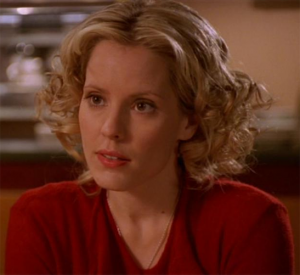 Anya Jenkins might seem like an odd choice for the Everyperson archetype, given that she’s an ex-vengeance demon. During the show, she experiences humanity for the first time, often to the annoyance of the other characters, who don’t understand why she just doesn’t “get it.”

But I think this makes her a perfect candidate for this archetype. She gives voice to the questions we all want to ask about life. Take, for example, her speech from Season Five’s “The Body”:

None of us really know what happens when we die. We all live with the knowledge that it’s going to happen one day, but, when it happens, we all ask “why?”. Anya’s speech resonates with us because we don’t understand death either.

How They Work Together

[To Buffy] “And after everything you’ve been through with Angel, you really should get yourself a boring boyfriend. Like Xander! You can’t have Xander.”

Xander and Anya act as a foil to Buffy and Willow’s super-powered relationships; they’re the down-to-earth couple (or, as down-to-earth as you can get when one half of the pair used to be supernatural). While Buffy is fighting demons and vampires, Xander and Anya deal with everyday relationship issues. They go on dates, they move in together, they get engaged. And, after they break up, they eventually find their way back to friendship.

Their archetypes bleed into each other as well. Anya has moments in which she speaks truth to the others, and Xander’s search for a fulfilling career is something with which we can all relate. They work because their archetypes complement each other.

Remember, an archetype’s purpose is to provide characters with a foundation: characters don’t have to fit perfectly into these specific categories, but can embody general traits. When building on your characters’ archetypes, consider how they work in a pairing or a trio. For example, the Jester and the Everyperson may complement each other, but how does the Jester work with a visionary type, like the Creator? Or, how does the Everyperson work with a rogue, like the Outlaw? Archetype pairings like these create the possibility for dynamic character interactions.

Searching for the answer to a mystery? Need a rare, magic spell? Is what you know about history not adding up? Well, then you obviously need to make a trip to the library full of secrets, for it holds the answers to life, the universe, and everything. But be careful, because the library is usually dangerous, potentially an inescapable labyrinth or guarded by magical beings that only let the one who is worthy read its books.

2.16 – Library Full of Secrets
2.15 – Artificial Intelligence
2.14 – Evil Has Been Locked Away For Centuries
2.13 – The Plants Have Risen Up Against Us
2.12 – The Government is Out to Get Us
2.11 Clones are People, Too
2.10 A Conversation with the Authors of Making Myths and Magic
2.09 There's Often a Reason that Power is Forbidden
2.08 What if Pizza Was Never Invented
2.07 Everything is a Simulation
Search Results placeholder