Archetypes Part 2: Rogues and Wise Ones

Spoilers for Netflix's Shadow and Bone.

Character archetypes are broad categories into which most characters can fit. They feel familiar because they share similar traits, motivations, and failings. When creating characters, it can be helpful to think of archetypes as building blocks; each archetype fills a role in the narrative. Archetypes can help you figure out your characters’ motivations and fears, as well as their basic qualities. Then you can begin to map out their personalities and develop them more fully.

In this series, I’m exploring six archetype pairings. I’m looking at what makes the characters interesting on their own, as well as why they work well together as a pair.

“No businessman worth his salt bargains for what he can take.”

Also known as the Rebel, the Outlaw doesn’t abide by society’s rules and lives by their own code. They sometimes fight against oppression and injustice. This character is independent, slow to trust, and unwilling to reveal anything about themselves. They also take huge risks to accomplish their goals.

Just think of Han Solo, the eponymous Outlaw. This cocky gunslinger is reluctant to join Luke and Leia and, even then, only does so for the potential payout. But he slowly warms up to them, even falling in love with Leia, and finds a place in the Rebel Alliance. Other notable Outlaws include Jack Sparrow (Pirates of the Caribbean), Korra (Avatar: Legend of Korra), and Sirius Black (Harry Potter).

Bastard of the Barrel 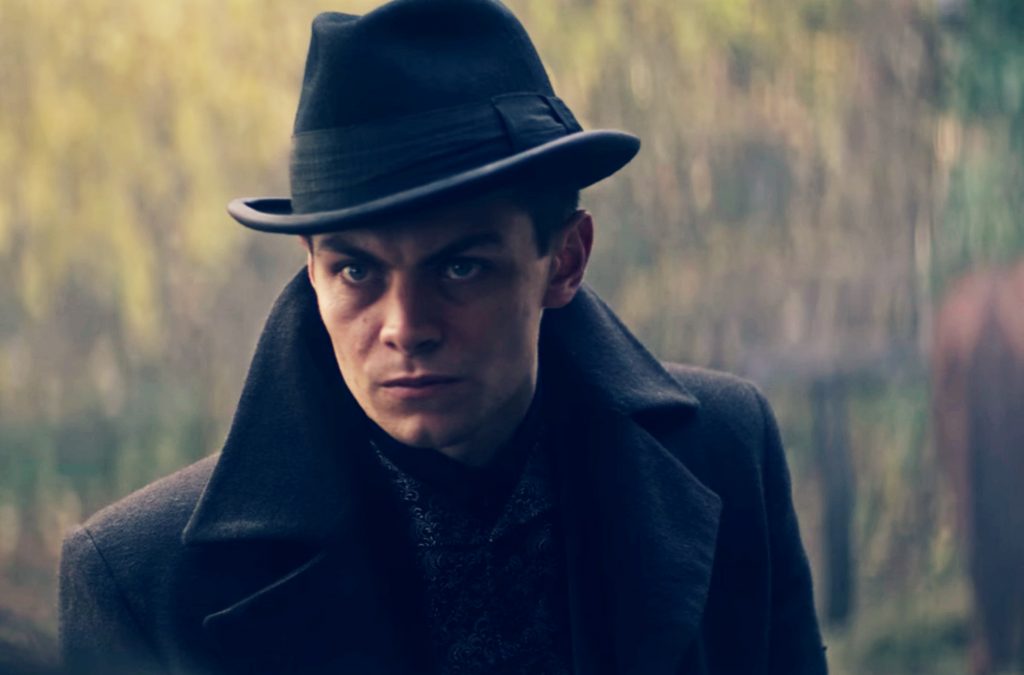 Kaz Brekker is Shadow and Bone’s Outlaw. In the Netflix adaption, he’s the proprietor of the Crow Club and the leader of the Crows gang. Sharp, cold-hearted, and only looking for his next big score, he’s loyal to no one but himself. He shies away from physical touch and never takes off his gloves (though not mentioned in the Netflix series, his aversion to touch stems from a childhood trauma).

One of his most defining character episodes is “We’re All Someone’s Monster.” Kaz is looking for a way to hold on to a million-kruge job: to bring back the Sun Summoner, Alina Starkov. He, Inej, and Jesper have to find a way across the Fold by sunrise, or else the job goes to someone else. When it looks like they won’t have enough time to find a solution to their problem, Inej argues that they should give up. Later, Pekka Rollins, a rival gang leader, warns Kaz to give up the job, or else he’ll kill him.

Kaz will not give up the job, even when the biggest bully in Ketterdam tells him to. One million kruge is worth everything to him, and he’s willing to risk everything to get it. That’s who he is. He spends the entire first season of Shadow and Bone overcoming one obstacle after another in pursuit of this goal because he doesn’t have it in him to give up.

““This thing? [She holds up her necklace.] This is all that I had when I was sold to the Menagerie. And, if it was worth anything, Heleen would have taken it. But this is just a simple token of faith that my mother stitched. Kaz, this is all that I have left of them.”

Sometimes described as The Wise Old Man, the Sage is a mentor. This character shares their wisdom and experience to help others. They provide valuable insight, and they pursue truth.

Uncle Iroh from Avatar: The Last Airbender is a great example of the Sage. He’s always ready with a listening ear and a cup of tea for anyone who wants. Other great Sages include Athena (The Odyssey), Gandalf (The Lord of the Rings), and Yoda (Star Wars).

Silent as a Wraith 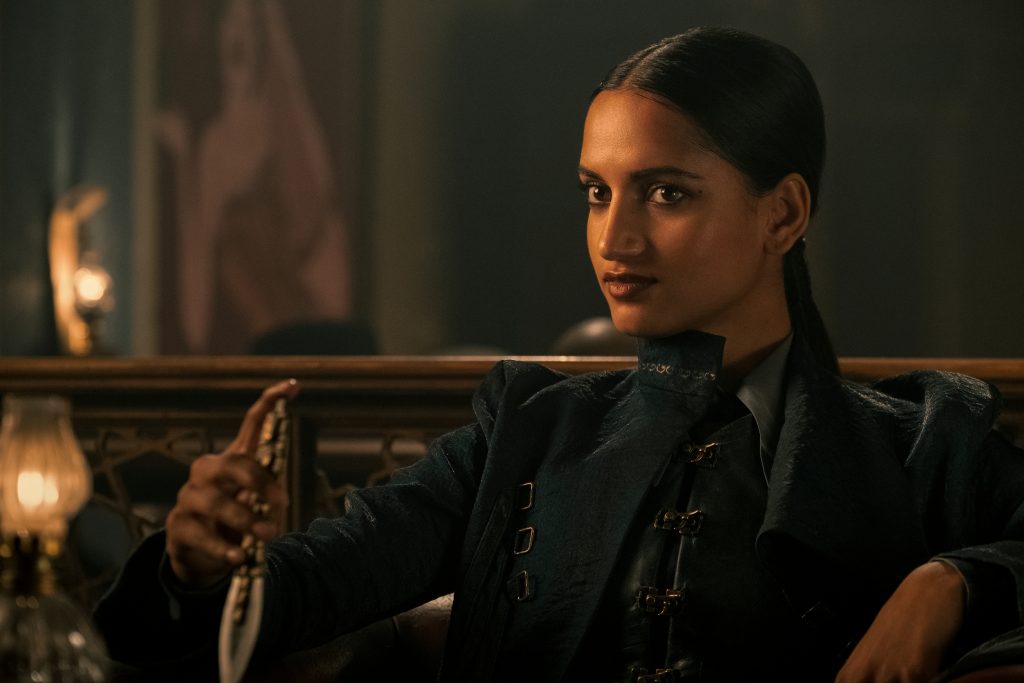 Inej Ghafa is Shadow and Bone’s Sage. She is a member of the Crows gang and an indentured servant of the Menagerie, a pleasure house in Ketterdam; Kaz bought her indenture and is paying it off to Tante Heleen, the Menagerie’s proprietor. Thoughtful and cautious, she often acts as a sounding-board for the other characters. She is constantly looking for clues as to what happened to her parents and brother, from whom she was separated. She takes her faith very seriously and, though incredibly skilled with her knives, refuses to kill.

Inej joins Kaz on his million-kruge job because that money could finally buy her freedom, but for another reason as well: she wants to know if the Sun Summoner is real, if Alina Starkov could actually be the fabled Sun Saint.

One of her most interesting character moments happens in Episode Five, “Show Me Who You Are.” She, Kaz, and Jesper are at the Little Palace. She and Kaz have just seen Alina demonstrate her power over light. They’re looking for a way out when Kaz is attacked by an Inferni; Inej throws a knife, lodging it in the back of the Inferni’s skull.

Inej has always said that she would never kill, and yet, when Kaz’s life is in danger, she doesn’t hesitate. It’s a turning point for her, one in which she realizes just how far she’ll go to protect her friends. And, the next time she comes up against an Inferni, she leaves another body behind.

How They Work Together

One area over which they disagree is faith: Inej believes in Saints, but Kaz thinks faith is a sham. Before they watch Alina demonstrate her powers, Kaz speculates that she’ll use reflective glass to make it seem like she’s manipulating light, but Inej won’t be swayed. And, when Alina does show how the light in fact comes from her, the awe on Inej’s face is palpable. Later, in Episode Seven, “The Unsea,” after they’ve failed to capture Alina and have decided to cut their loses and go back to Ketterdam, Inej decides to leave; she won’t go back to the Menagerie. When she goes to tell Kaz this, she doesn’t expect him to say much about it, but he surprises her; he admits that he does, in fact, believe in something.

Kaz: “You were right!”
Inej: “About what?”
Kaz: “The Sun Summoner. You were right. She’s real. I played it over and over in my head. None of it’s a trick. The light was hers.”
Inej: “So, what? Kaz Brekker finally believes in Saints?”
Kaz: “Hardly.”
Inej: “But you just said that—”
Kaz: “I said Alina Starkov is a Grisha with the power to manipulate light. She’s a girl with a gift, not some savior of lore.”
Inej: “Fine. Kaz, if not Saints, what do you believe in?”
Kaz: “Myself—”
Inej: “Why do I even ask?”
Kaz: “—And you. And Jesper. My Crows.”
Inej: “Because we flock to your bidding? Like the animals of vengeance you named us after?”
Kaz: “Crows don’t just remember the faces of people who wronged them. They also remember those who were kind. They tell each other who to look after and who to watch out for. No Saint ever watched over me. Not like you have.”

Inej stays with Kaz and Jesper because, in the end, she trusts Kaz when he says she won’t go back to the Menagerie. He hasn’t let her down before.

For Kaz, actions determine someone’s trustworthiness. He doesn’t trust Inej simply because she technically works for him. He trusts her because she’s shown him that she cares about him—ultimately by going against her own beliefs to save his life.

Ultimately, these two work as a pairing because of that trust. They both carry deep pain and trauma, and they’re both slow to let others in. But, they’ve found in each other someone on whom they can wholly rely—and that’s not something either of them is going to give up.

Remember, an archetype’s purpose is to provide characters with a foundation: characters don’t have to fit perfectly into these specific categories, but can embody general traits. When building on your characters’ archetypes, consider how they work in a pairing or a trio. Archetype pairings can create the possibility for dynamic character interactions.