NaNoWriMo Prep: Use a Beat Sheet to Plan Your Novel

Are you planning to write a 50,000 word novel this November? Join thousands of others who are doing so through NaNoWriMo, a yearly writing event that spurs people to get words down on the page! On the Mythos & Ink Discord community, we are reading through Save the Cat! Writes a Novel by Jessica Brody in preparation for November. Brody uses beat sheets to demonstrate novel structure, which is important to know about because proper structure keeps readers invested in the story. By having a beat sheet ready when you start writing, you save yourself a lot of time and headaches in editing later. Beat sheets are useful for plotters and pantsers; they don’t involve completely plotting out everything that happens, but ensure you hit certain beats in your story at the right times. You can also use it as you go.

Want to see an example of a beat sheet? Below is a simplified version of one for Howl’s Moving Castle by Diana Wynne Jones. 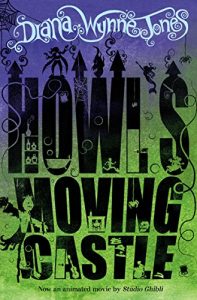 Intro to hero’s world (0 to 10%) – Begin your story with a window into your hero’s regular life.
We are introduced to Sophie, the eldest of three sisters, who doesn’t think much of herself and works at a hat shop. Sophie is bored working at the hat shop, and her flaw is clear: she doesn’t believe she has it in her to do anything else. She also doesn’t have any friends or anyone to talk to. She lets herself be used by her stepmother, working at the shop without a wage.

Disturbance (10%) – The event that shakes up your hero’s status quo.
The Witch of the Waste comes into the shop and casts a spell on Sophie, turning her into an old woman. This is the harbinger of change, because Sophie can’t stay at the shop or her stepmother will “have a fit.”

Hero’s reaction (10% to 20%) – Your hero may try to ignore the Disturbance, debate about where to go or what to do, or take steps to prepare for the adventure to come.
After Sophie leaves home, she considers going back because it’s cold and miserable, but decides to press on. When Howl’s castle appears, she decides to go in.

Doorway of no return (20%) – Your hero is pushed into a new world and there is no way of going back.
The locked doors of the castle only make Sophie more determined to get in. She finds the back door, gets inside, and her adventure really begins.

New world (20% to 50%) – Introduces a new world as well as a new character or several characters who represent the “new” world and have a big impact on the hero (e.g. a love interest, friend, mentor, and/or nemesis).
Sophie explores the castle, becomes used to her aged body, and endears herself to the castle’s residents. She also butts heads with Howl and learns that he likes romancing women, but only until they fall for him. She has several adventures and tries to learn more about Calcifer’s contract.

Midpoint (50%) – Your midpoint should be something that raises the stakes. This could be a a false victory (if your hero has been doing pretty good up to this point), a false defeat (if your hero has really been struggling up to this point), a death, fight, a time clock is introduced, a plot twist occurs, a love story amps up.
Howl brings Sophie to his place of origin—the “real” world. Howl reveals that he has to return to the Witch of the Waste when he’s ten thousand days old. The stakes are raised because Sophie needs to break Calcifer’s contract before that happens.

Action (50% to 70%) – Protagonist starts to take action (instead of just trying to keep with what is happening to them), though it doesn’t go very well.
Events that need to happen for the Witch of the Waste’s curse on Howl to take hold start to occur. Sophie has a run-in with the Witch, where she learns the Witch killed a friend of Howl’s. Howl has an epic battle with the Witch.

All is lost (75%) – Your hero hits rock bottom. Characters may die or almost die.
Howl and co. have to run from the Witch, because she now knows where he lives. He buys Sophie’s stepmother’s old hat shop and moves Calcifer there.

Doorway of no return (80%) – The hero’s feet are set firmly on the path to the final confrontation. They know what they have to do.
The Witch lures Sophie to her lair by kidnapping Miss Angorian. Sophie springs into action.

Climax (80% to 90%) – Your hero tackles the final challenge, facing whatever or whoever their antagonist has been.
Sophie storms the Witch’s castle and threatens her in attempt to rescue Miss Angorian. Various character identities are revealed and plot twist ensues. Sophie finally believes that she has magic like others have constantly been telling her. She breaks Calcifer’s contract and frees him, returning Howl’s heart to his chest.

Resolution (99% to 100%) – The final scene ties off (at least some) loose ends and shows your hero after their journey.
Sophie reverts to her younger self, it becomes obvious that Sophie and Howl care about each other, and Calcifer returns. The end!

Each of these beats accomplishes an important goal, and they all work to keep the tension high and capture the reader’s interest. While you might be concerned that using a beat sheet results in formulaic, boring fiction, you’ll find that most commercially successful stories are laid out this way. Just like no two humans are alike but their bone structures are similar, there are so many variations of well-structured stories that they look completely different from each other.

If you want to learn more about beat sheets and tips on novel writing, join the Mythos & Ink Discord community for FREE! We’ve also created a fillable Novel Planner—a spreadsheet for writers. It includes:

You can download this spreadsheet by clicking the link below to become a patron, which costs less than a coffee a month!